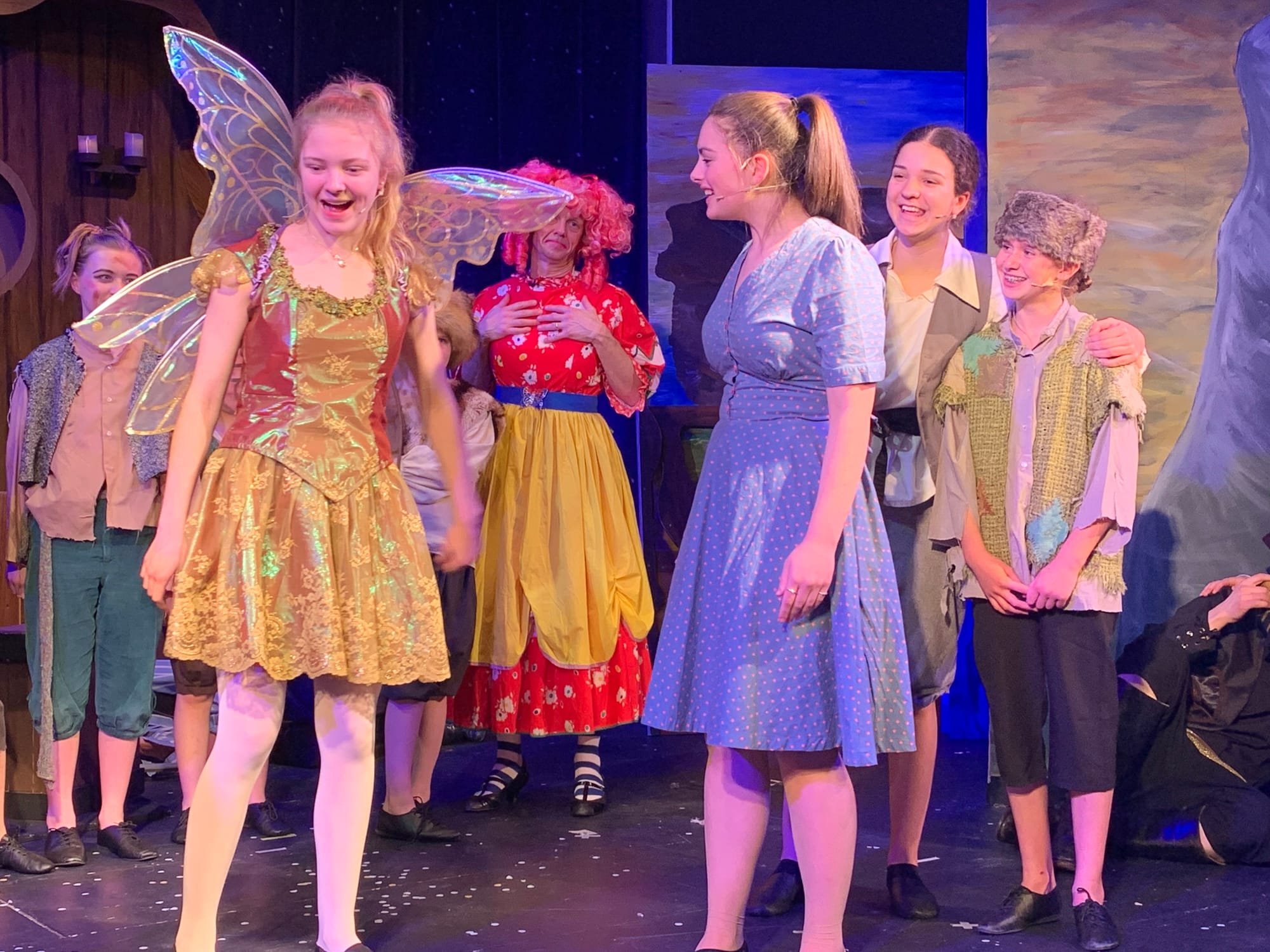 A warm welcome by the Front of House team greeted us when we arrived for the society’s annual production. I was pleased to be joined by Regional Councillor Tessa Davies, who was present at the invitation of the society.

This is the third Saffron Players pantomime I have had the pleasure of reviewing. This year they had decided on an up to date version of J M Barrie’s much loved story, with all the familiar characters, plus some new ones.  We also hear that Mr and Mrs Darling are off to a Fundraising Gala for Great Ormond Street Hospital, a nice touch.

There was so much action packed in, with all the elements of the original story plus some bonuses, making this a truly entertaining show, bubbling all the way.

In this adaptation Nana the nursemaid dog and Smee, Hook’s right hand man, join forces to become Nana Smee. The character is of course the pantomime dame and who better to take on this role than Rob Fernall who once again was everything a good pantomime dame should be.

The show had many highlights including Tinkerbell’s lovely ballet dance.  Her imprisonment on Hook’s ship  was well enacted against an excellent back drop.  Lucy Chappell is to be congratulated on her performance throughout.

Well done also to Tilly Jones as Wendy and Naomi Park and Marnie Dunlop as John and Michael. Keira Gibson was well cast as Peter Pan and gave a good performance.

Although I have just picked out a few of the main characters, in my opinion everyone is to be congratulated, from the energetic Lost Boys and Indians to the dancers and chorus.  There were no weak links in this production.  There were though two very good comic duos, Paul Gloyne and Jess Dickinson as Rum and Coke and the ‘Essex Girls’ mermaids Prosecco and Chardonnay.  Well done to Rachel Crane and Lucy Glover.

It was good to see emerging talent both on stage and off and very encouraging to see young people, to whom we were introduced, assisting with sound and lighting under the guidance of Simon Bates.

A good choice of songs complimented the production and some of the young people had lovely voices. There were though one or two occasions in their solos when their immature voices struggled to reach the low notes which was a shame.

Scenery had been well thought out and the wire flying was really effective. Sound and lighting were good as were the excellent lighting effects.